Binary code is not commonly used to present information directly to people. While computers use binary digits to store, sort, and transmit data, they also translate all these 0s and 1s into other formats that are easier to understand.

Computers use binary (base 2) they are a representation of numbers used by computers because:

It is called binary because only two different digits are used.

The understanding of Base 2 and converting Binary to Text

It is also known as base two (normally we use base 10). Each zero or one is called a bit (binary digit).

A bit is usually represented in a computer’s main memory by a transistor that is switched on or off, or a capacitor that is charged or discharged.

Translating Binary code is time consuming but very possible, there are several ways available with the best way to achieve being with the use of a binary translator. Even if you already know how to manually convert between binary code and different forms of text, it takes time. Quickly copying and pasting binary strings into a binary to text converter takes seconds, and your results will be displayed just as fast.

The simple conversion of binary

Binary is a very basic way to hide information from the user, and this tool can help you decode it instantly. No matter where on the internet the text appears, you can effortlessly copy and paste the string into the text box and translate it.

You might have to convert binary data within a work assignment or solve a puzzle in a game where everything is expressed in binary data. The world is full of people that love learning about the inner-workings of root computer language. Utilising the tools like Text to Binary translater will enhance your learning path.

Not to state the obvious, but the main reasons to use a binary translator over the manual conversion process are speed and convenience, however, learning how to manipulate and convert binary code yourself can be quite educational and beneficial.

Why binary to text?

Because binary numbers represent each digit as either a 0 or 1.

Each “bit” was a little magnet that could be exchanged electronically and switched concerning what direction it was at pointed. So it had two states, which were assigned as 0 or 1. Put 6 cores together, and you have enough to represent 0 through 63 (these would look like 000000 and 111111 respectively). They called each digit a “bit”.

Two states are easily handled by a computer. As technology advanced, the transistor was invented, which could be used to represent two states and quickly changed from one to the other.

How does Binary work with Voltage?

Transmitting numbers using binary has been used for many fields of our technological growth: electronically through voltage, through sound, or light. Each of these works well with two values.

The reality is that voltage is really everything when it comes to building a computer. Their processing ability is made up of millions of transistors and and the simplest form of a transistor either has a voltage potential with regards to ground (a value of 1) or has an equal voltage potential to ground (considered ‘grounded’ with a value of 0). The presence of voltage at any one of these transistors can be represented by 1 or 0, and could also be represented as true or false, respectively. Take a look at this easy Volt Converter that converts to Millivolt and Kilovolt using binary.

The difference between base 10 and base 2

The binary system scales well as simply adding more of these 1 or 0 representations will give you a higher number – similar to adding another digit onto a base-10 number. See this great answer by Joshua Engel in Quora to why they were built at all with Base 10, he enlightens us well here

Python Program converts Binary to ASCII – Find out more from this article from geeksforgeeks.org

b2a_uu() function: Here the “uu” stands for “UNIX-to-UNIX encoding” which takes care of the data conversion from strings to binary and ASCII values according to the specified program.

The b2a_uu() function is used to convert the specified binary string to its corresponding ASCII equivalent.

Parameter: This function accepts a single parameter which is illustrated below:

or better still just use the quick Binary to ASCII FREE conversion TOOL and save yourself a mountain of work!

Hoping this has helped and you find the FREE RESOURCES tool a great asset to you!

Are you thinking about becoming an affiliate marketing seller? Do you have… 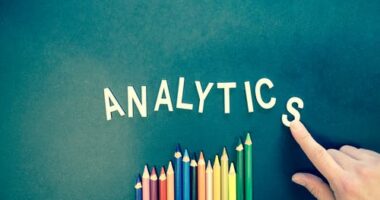 We show you 2 Easy ways to Encoding URL’s – One is…
Understanding how to choose the right file formats for your designs and…
Learn how to use SEO to your advantage Find your niche Never…
Are you thinking about becoming an affiliate marketing seller? Do you have…